Home / Blogs / What Are Growing Pains? Turns Out No One Really Knows 
by: Netforhealth Blogs 0 comment August 12, 2022 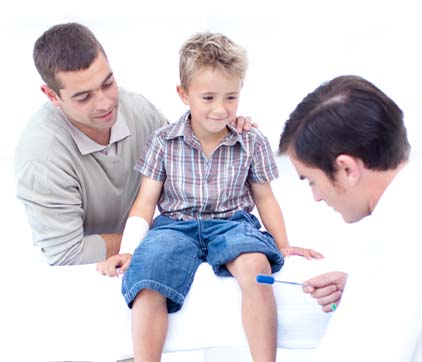 What Are Growing Pains? Turns Out No One Really Knows

Although some studies have suggested that up to a third of children have growing pains, the term has long seemed more like folk medicine than an actual medical diagnosis. Even so, parents, teachers, and doctors frequently use it when they have no other obvious answer to a particular pain a child or teen might describe.

A group of researchers at the University of Sydney in Australia wanted to find out if there was any research offering a more precise definition or criteria. They combed through eight databases for any papers that mentioned growing pains or growth pains in children or adolescents. They found 145 studies and set out to look for common ground: Where do growing pains occur? At what age do they start? Are there any patterns? Risk factors? Common clinical features? Relationships to particular activities?

What they found was that there is “no consensus whatsoever as to what growing pains really are, what they mean, how they’re defined, and how they should be diagnosed,” co-author Steven J. Kamper, PhD, explained in a video about the findings. “The definitions were really variable, really vague, and sometimes downright contradictory,” he said. “Some studies would suggest growing pains happen in the arms, some in the lower limbs only. Some said it was about muscles, some about joints.”

The closest thing to consistency that they found was that exactly half the studies mentioned the pain being in the lower limbs. Nearly half (48%) described it as happening in the evening or nighttime, 42% said it was recurring, 35% reported it as occurring in youths with an otherwise normal physical exam, and 31% said the pain occurred on both sides of the body. Besides these, no other common feature was mentioned in more than 30% of the studies.

“Really curiously,” Kamper said, “more than 80% said nothing about the age at which these growing pains come on.” And 93% of the studies didn’t even mention growth as being related to the pain at all.

Several studies did acknowledge that the cause of growing pains is unknown, and several others considered it a diagnosis of exclusion – that is, it’s the diagnosis when everything else has been ruled out.

But that’s hardly a satisfactory explanation for kids and their families, so the researchers drew the only reasonable conclusion they could from what they found: “We think it’s important that the term is not used without some qualification or clarification, whether by researchers or clinicians,” Kamper said.