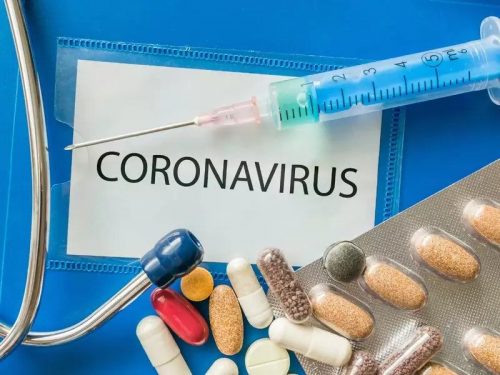 Originally developed by US-based biopharma company Gilead Sciences, Remdesivir is an antiviral that was used for the treatment of Ebola and has been repurposed for treatment of Covid-19. Part of the Word Health Organisation’s ongoing Solidarity Trials, Remdesivir received emergency use authorisation by the United States Food and Drug Administration (USFDA) on May 1.

Remdesivir is designed to obstruct the viral replication of SARS-CoV-2. This is the stage when the virus creates copies of itself, followed endlessly by the copies creating copies of themselves.

Coronaviruses are RNA viruses and at the replication stage the key viral protein at play is an enzyme called RNA-dependent RNA polymerase (RdRp). Remdesivir mimics a part of the viral RNA and it inserts itself into the RNA strand during the replication stage. When attached, the drug prevents any further copying, leaving the RNA strand incomplete and unable to produce critical viral parts.

Which firms are manufacturing Remdesvir and what are the costs?

On June 21, the Central Drugs Standard Control Organisation gave approval to Hetero Drugs and Cipla to manufacture and market remdesivir. Both the firms have already entered into non-exclusive licensing agreements with Gilead Sciences, which is the patent holder of the drug remdesivir.

Hetero has said the drug, named Covifor, will be available in 100 mg vials (injectable), which has to be administered intravenously in a hospital setting. Hetero Group of Companies MD Vamsi Krishna Bandi told PTI the price of its remdesivir will be in the range of Rs 5,000-6,000 per dose.

Cipla Ltd has announced that the generic version of remdesivir will be sold under the brand name Cipremi. The medicine is in the form of lyophilised powder for injection (100 mg). Prices of the drug in the Indian market are yet to be announced by Cipla.

Dexamethasone is a generic steroid widely used in other diseases to reduce inflammation. The steroid medicine has been available as a generic for decades. It is used to treat a range of diseases, including rheumatism, asthma, allergies and even to help cancer patients better handle the nausea triggered by chemotherapy.

Steroid drugs reduce inflammation, which sometimes develops in Covid-19 patients as the immune system overreacts to fight the infection. The UK-based RECOVERY trial results have shown dexamethasone reduces death by up to a third in Covid-19 patients on ventilator support, and by a fifth in patients receiving only oxygen.

Dexamethasone is categorised under corticosteroids, which closely mimic cortisol, the hormone naturally produced by the adrenal glands in humans.

Convalescent plasma therapy or CPT involves the transfusion of the blood plasma of a recovered patient into another patient. The procedure has been used for several diseases earlier, but its efficacy for Covid-19 is still under investigation. The therapy is meant for critical patients with low oxygen saturation levels, or those suffering a cytokine storm. As per the ICMR protocol, preference is given to those at risk of cytokine storm, extreme breathlessness with severe pneumonia.

How does the therapy work?

Convalescent plasma therapy seeks to make use of the antibodies developed in the recovered patient against the coronavirus. First, the plasma from such people is taken and is then injected in critically ill patients so that the antibodies are transferred and boost their fight against the virus.

Hydroxychloroquine (HCQ) was first developed in India for the treatment of malaria. The drug is also a disease-modifying anti-rheumatic drug (DMARD), which helps in reducing swelling and pain in arthritis patients.

How does Hydroxychloroquine work?

Which companies are manufacturing HCQ and what are the costs?

At present, 12 manufacturing units in the country are producing hydroxychloroquine, with Zydus Cadila and Ipca Laboratories being the largest manufacturers. Other leading manufacturers of HCQ include Intas Pharmaceuticals, McW Healthcare of Indore, Macleods Pharmaceuticals, Cipla and Lupin. In India, HCQ costs less than Rs 3 per tablet.

Favipiravir is an antiviral given to inhibit viral replication. It is used as an anti-influenza drug. Originally it was manufactured by Japan’s Fujifilm Toyama Chemical Ltd.

Since the novel coronavirus is an RNA virus, studies have shown that favipiravir gets activated inside the cells and then gets incorporated into the viral RNA. It restricts the multiplication of the virus in the body of the host once it gets inside a host cell, reducing viral load.

Favipiravir has shown clinical improvement of up to 88 per cent in mild to moderate Covid-19 cases, an official statement said.

Which firms are manufacturing Favipiravir and what are the costs?

Glenmark Pharmaceuticals has launched the drug under the brand name FabiFlu, making it the first oral Favipiravir-approved medication in India for the treatment of Covid-19. The firm has fixed its price at Rs 103 per tablet.